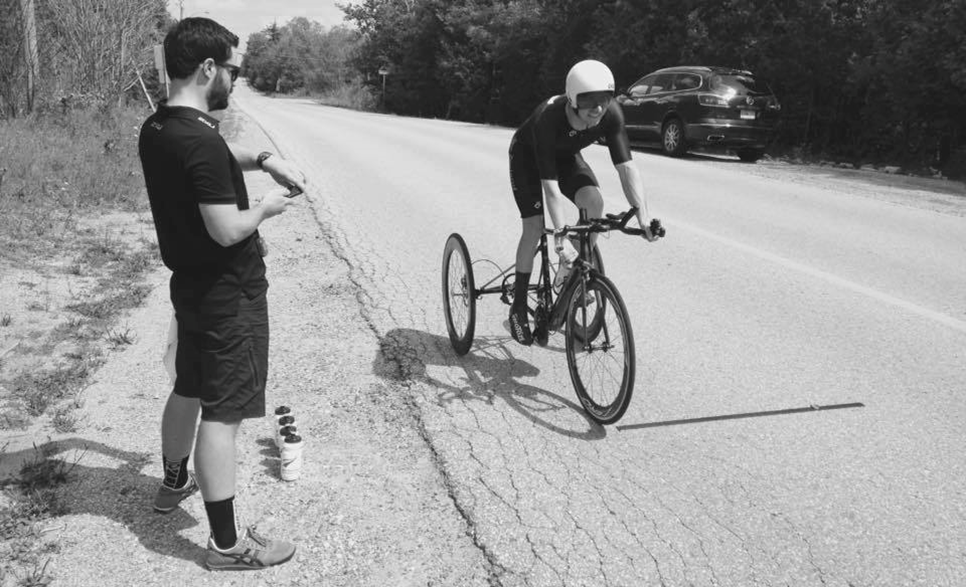 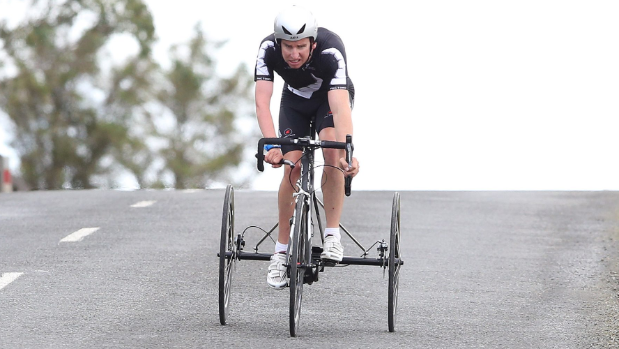 In September, Stephen Hills will embark on the journey of a lifetime as he takes his spot at the Paralympic Games in Brazil.After the first of two training camps before the games, the New Plymouth cyclist had his goal for the event cemented in place.”I’m still aiming for that gold,” Hills said.Hills was set to be the first New Zealand athlete to ever compete in the trike event at the Paralympics and said his training had been going well.The first of his training camps was held in Quebec, Canada, where he got a good variation of lengths in his rides on both flat and hilly terrain.Hills said the ride at the games would be dead flat, so getting some training rides on hills would play to his advantage.”It probably would help with keeping the power.”Before heading to Rio de Janiero, Hills was scheduled to attend another training camp in Canada that would be more similar to the terrain in Brazil to fine tune his performance.”The next camp is a pretty flat place we’re heading to.”

However, Hills said he was concerned for his safety after seeing a recent news article about a New Zealander being ‘kidnapped.’

“I’m just hoping I can keep myself safe.

“I think as long as I’m with someone I should be fine.”

While the safety side of things was playing on his mind, Hills would be the last athlete to make his way to the athletes village, opting to spend more time training in Canada before the games.

He said he would be arriving on September 8, the day the track cycling begins, with his event not starting until september 14.

“It’s probably safer staying to train in Canada than it would be to train in Brazil I think.”

To help fund the trip, a fundraising quiz night was being held for Hills at 7pm on August 4 at the Good Home in New Plymouth.

Hills said he wasn’t expecting to raise a lot of money, and was unsure how much he wanted to raise, but anything would be helpful.

“Part of it is already paid for, but it’ll just help with equipment and getting gear sorted.”

Hills was one of a 29-strong squad representing New Zealand at the Paralympic Games, which were set to run from September 7-18.