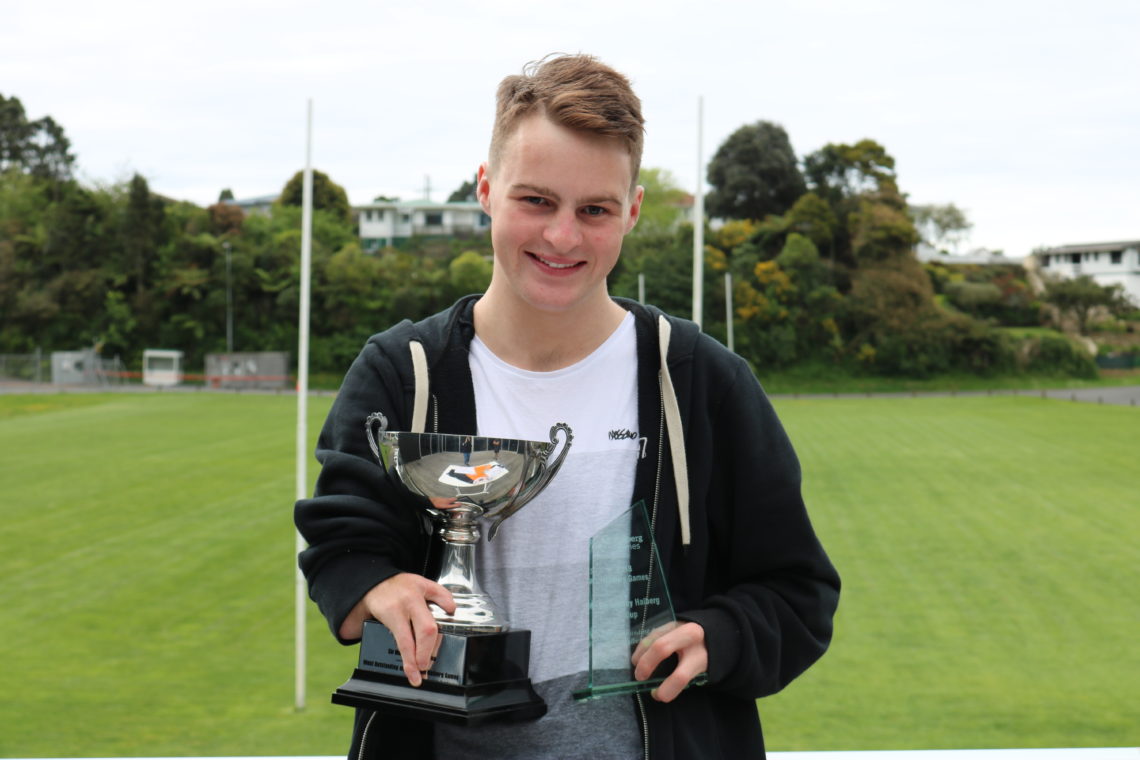 Taranaki athlete Anton Bessling walked away with two awards after the recent Halberg Games in Auckland.

The year 13 New Plymouth Boys’ High School student won Athletics Best Male and the Sir Murray Halberg Cup for the most outstanding athlete at the games. “Winning these awards has made me feel proud, like the hard work has paid off,” he said.

Besseling, who was born with HoltOram syndrome – a condition characterised by skeletal abnormatliities of the hands and arms – has an intense training schedule that is not for the faint-hearted. He trains 10 times a week across his sports – running, cycling, swimming and a weekly game of ultimate frisbee.

A love for running, especially the 400 meters and 1500m. Started at the age of 13, when he transitioned from cross-country into athletics.

Since 2015, Anton has been under the watchful eye of Coach Karen Gillum-Green at Egmont Athletics and Raylene Bates at Athletics New Zealand.

Anton had always been involved in a range of sports over the years and believes the nature of disability sport is changing.

“People are a lot more open-minded nowadays, and I think the recent Paralympics in Rio de Janeiro has helped that,” he said

Anton is encouraging other young people with disabilities who maybe to shy to start a sport to, just give it a go.

“Don’t let it hold you back, anything is possible if you put your mind to it!’ he said.

He is moving to Palmerston North next year to study mathematics and PE at Massey University and will continue with athletics.

Besseling was not the other Taranaki athlete to have success at the games. Jack Brown, 21, from Inglewood won this year’s Southern Trust Spirit of the Games (male) award for the great attitude, high spirits and sportsmanship.

Blind rider on the road again thanks to Te Karaka Foundation